Brief facts 1: What is Swedish forestry?

How much forest is there in Sweden?

A lot. Little Sweden is a big forest country. More than half the total land area of the country, 57% or 23 million hectares, is covered in forest. This is as large an area as the whole of the United Kingdom. One hectare is the same as a square with sides of 100 metres, almost two football pitches.

One of the world’s most efficient forestry industries

All these forest owners make up the Swedish forestry industry, which is one of the most efficient in the world. Felling is done with modern machinery that can chop down and process more than 100 trees an hour. Altogether around 85 million cubic metres of forest are felled in Sweden every year. That’s more than 1.5 million fully loaded timber trucks a year.

Who owns and uses all the Swedish forests? 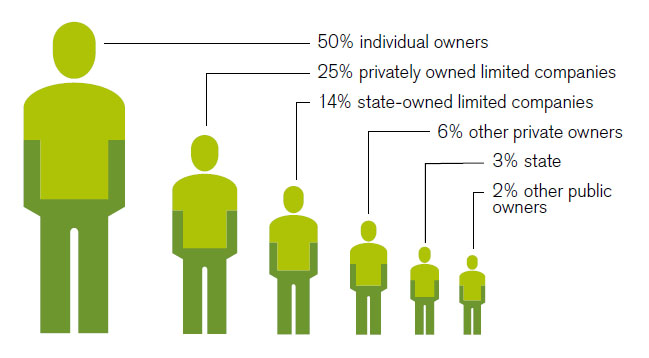 How much is all Swedish forest worth in monetary terms?

Let ‘s say that the average value of one cubic metre is about SEK 300. Multiplied by the total volume of 3 billion cubic metres, this becomes SEK 900 billion, or around 90 billion euros, or around 107 000 US dollars. That’s around a fifth of the GDP of the whole of Sweden!

Then there are also other amenities in the Swedish forests. For many Swedes it has great recreational value. The forests and forestry generate employment both directly and indirectly. Swedish society also earns money from forestry, for example through taxes paid by forestry companies and profits from stateowned forestry companies, such as Sveaskog.

Contrary to what might be thought – more forest grows in Sweden than is felled (!)

With such an efficient forestry sector and such large volumes being felled, you might think that the Swedish forest is at risk of running out. But the opposite is actually the case. The forest is growing by more than 120 million cubic metres each year, but only 75% of this growth is felled.

What explains this good growth? It’s due to the Swedish forests being managed in a way that benefits quality and growth. And to replanting always being carried out after felling. For each tree felled in Sweden three new ones are planted.

The action taken for regeneration and growth do not just mean that there is more forest. The forests are also in better health as a result – precisely because old trees, diversity and different habitats benefit.

What is productive forest land?

It is forest land that is suitable and intended for forest production. That is to say for getting trees to grow and then be harvested, felled (the forest land on average produces at least one cubic metre of wood per hectare per year).

Today there are around 3 000 million, or 3 billion, cubic metres of growing forest in Sweden. This is known as standing volume. If we were to cut down everything and haul it away, more than 54,500,000 timber-carrying trucks would be needed!

How the total land area of Sweden is divided up 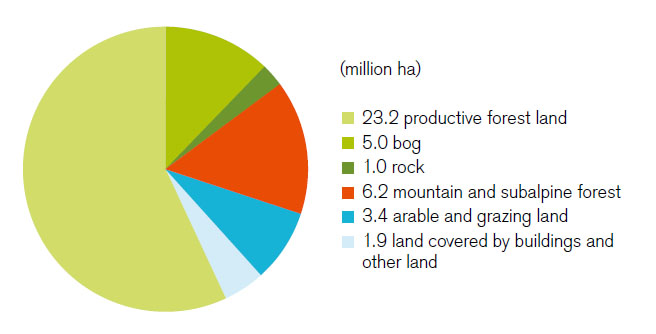 Growth and regeneration are regulated in Swedish law

In Sweden there something called the Forestry Act. The Forestry Act can be seen as an agreement between society and the various parties involved in forestry. It regulates how the forests have to be managed in both production and environmental terms. This act states that there is an obligation to replant forest after felling.

The first modern forestry act in Sweden was passed in 1903. At the time the country’s forests had substantially decreased. An important objective of the Forestry Act was to secure the supply of wood for the future. A measure of how forestry has succeeded is that between 1950 and today the standing volume has increased by 200%, from 1 billion to 3 billion cubic metres. 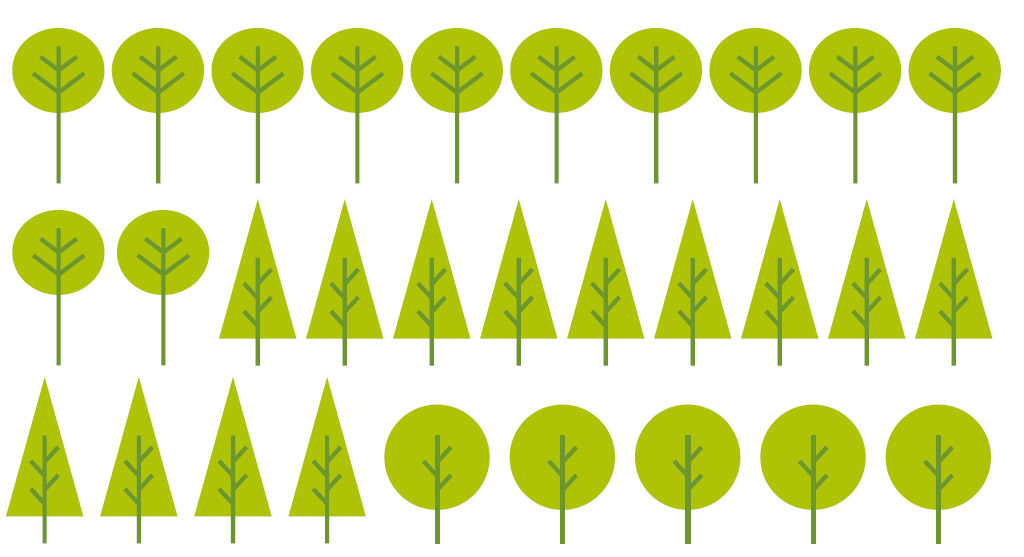 What becomes of all the Swedish forests?

40-45%, around 35 million cubic metres, becomes pulpwood from which newspapers, packaging and other paper products are made.

Just under 10%, 8-9 million cubic metres, becomes biofuel, which is then turned into electricity and heating. 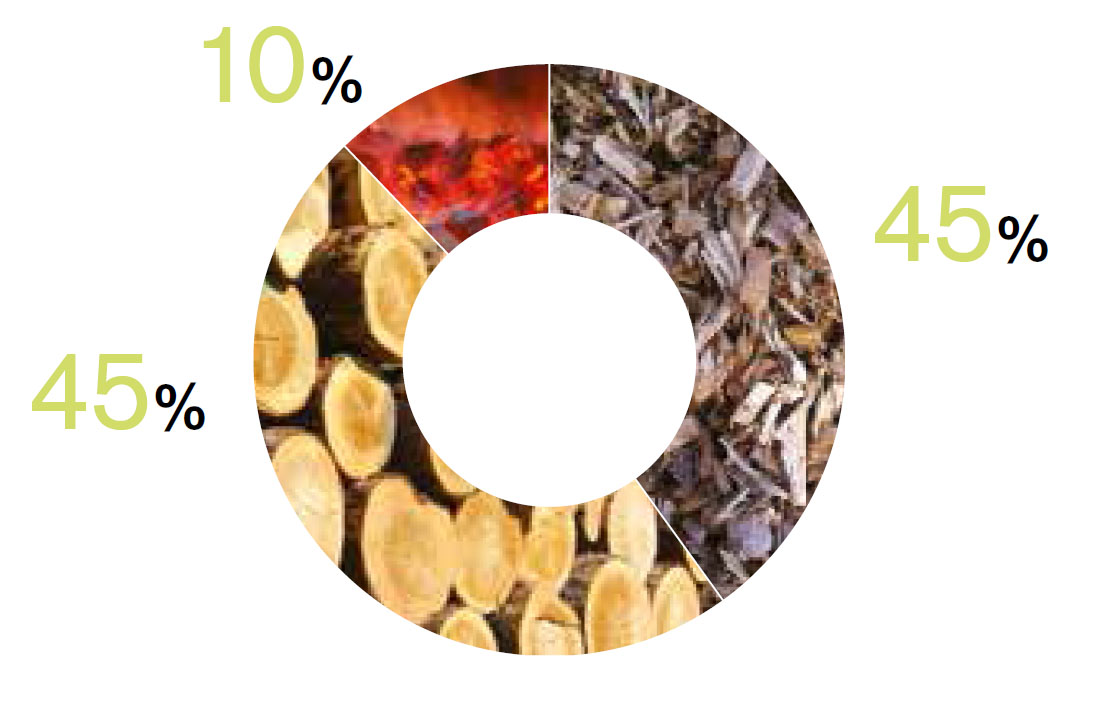