Greenhouse gases and carbon dioxide are a growing environmental and climate threat that researchers, companies and politicians grapple with. In this context it may be useful to know that the forests and forestry, both in Sweden and in the rest of the world, play a large role – in several ways – in efforts to improve the situation.

The greatest climate improvers in the northern hemisphere

In one respect the forests in Sweden and other northerly parts of the world play a particularly great role. These forests, the boreal forests, contain the greatest proportion of carbon, nearly 60% of all the carbon bound in all the world’s forests. 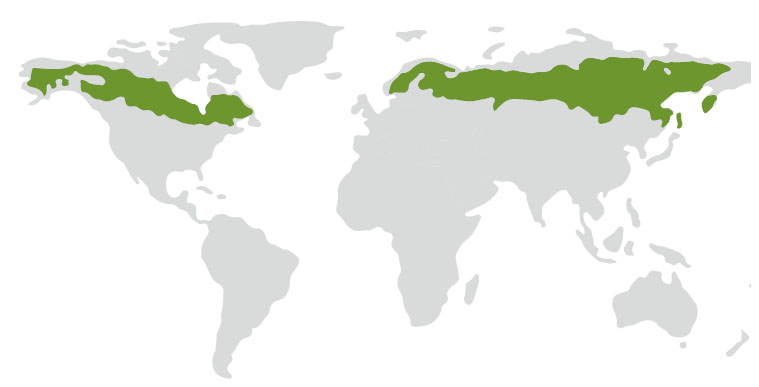 Forest products that do good in several ways

Another point is that carbon and carbon dioxide are also stored in all the products from the forests, for example furniture made of wood and paper products. This is good for the climate. In addition, these products require less energy when they are manufactured, for example buildings with wooden frames instead of steel and concrete. That means that less carbon dioxide is formed.

Did you know that…

Decrease in carbon dioxide emissions
if one cubic metre of forest raw material is used instead of non-renewable materials.

Yet another climate benefit of the forests is that forest-based products to an ever greater degree are replacing fossil fuels such as oil, natural gas, petrol and diesel. For example forest biomass to heat buildings. Forest fuel that is burnt to produce electricity and heating. And also forest-based vehicle fuels. Biodiesel from the forests is already the second most used vehicle biofuel in Sweden.

A large climate benefit of forestry is the great capacity of the forests to bind carbon dioxide. When photosynthesis makes the forest grow, carbon dioxide is bound in the trees and the ground instead of ending up in the atmosphere.

Younger growing trees, which we have a lot of in Sweden, bind particularly large amounts. The more forest and the more it grows, the more carbon dioxide is bound. In Sweden the forests absorb and store no less than 155 million tonnes of carbon dioxide per year. That’s three times the sum of all annual fossil emissions in the country! 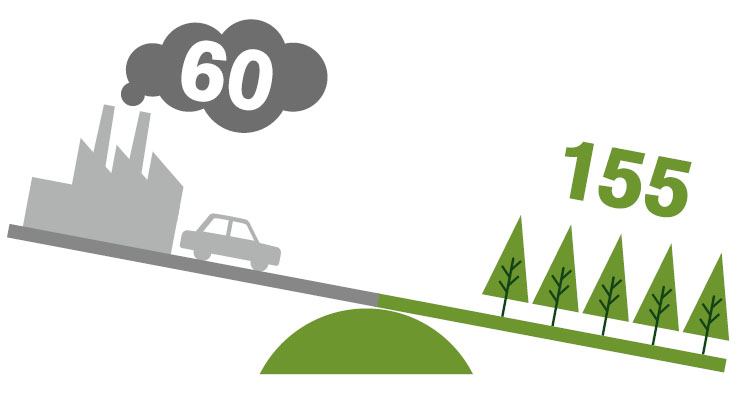 Nothing from the forests goes to waste

Biofuel from the forests – for example logging residuals, roots, branches and tops – is just an example of everything in principle being utilised from forestry. Another example is paper products such as packaging. The pulp these are manufactured from comes originally from the forest assortment pulpwood – an assortment consisting of smaller and thinner trees.